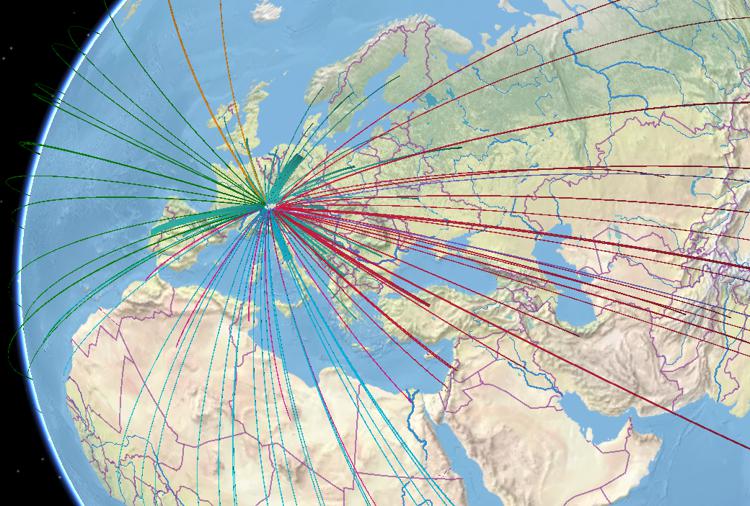 Switzerland has one of the highest percentages of foreigners in its population. More than 80% of the foreign population living in Switzerland is from another European country. Immigration from Germany, Italy and, to a lesser extent, France has a long history.At the end of the 19th century, railway network expansion led to the first wave of migrants to modern-day Switzerland. At the time,

View map in the atlas